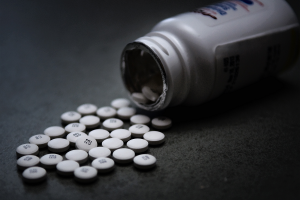 The Trump administration is finalizing a proposal to require opioid testing for certain transportation workers.  The president is also expected to declare a state of emergency related to opioid abuse this month.  The rule would directly affect railroad engineers, pilots, air traffic controllers, truck drivers and other employees who are subject to federal drug and alcohol testing regulations.

Transportation Secretary Elaine Chao said this week that the proposed rule is “undergoing final review.” The agency has also ordered a study on substance abuse in the transportation sector, she added.

Currently, the Department of Transportation only administers a five-panel drug test, which includes marijuana, cocaine and PCP, for safety-sensitive transportation workers.  To combat the growing opioid crisis, the Department of Health and Human Services updated its mandatory guidelines in January for Federal Workplace Drug Testing Programs and allowed the Transportation Department to add four prescription opioids to its drug-test panel: hydrocodone, hydromorphone, oxymorphone and oxycodone.

About the Author: Melissa Foiles

Melissa Foiles is a background screening professional who holds an Advanced FCRA Certification. Melissa enjoys sharing her expertise from experience assisting employers, large and small, with their employment background screening and drug testing needs. With the Applicant Information blog, Melissa is able to keep clients and subscribers up-to-date with the latest news and alerts.