Federal Drug Testing Forms are Expiring: What You Need to Know

Home/Drug Testing/Federal Drug Testing Forms are Expiring: What You Need to Know
Previous Next

Federal Drug Testing Forms are Expiring: What You Need to Know 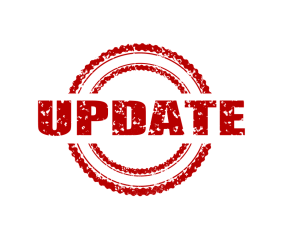 Now is the time to check your Custody and Control Forms (CCF; also known as COC) because the ‘old’ CCF will officially expire on June 30, 2018. (The ‘old’ form refers to the 2014 Federal CCF.)

If the ‘old’ CCF is used after the expiration date, the drug testing process will take additional time because a memorandum for the record must be completed by the laboratory according to U.S. Department of Transportation (DOT) regulations.

In 2017, the Department of Health and Human Services revised the Mandatory Guidelines for Federal Workplace Drug Testing Programs. One of the changes that came from the Office of Management and Budget was the approval of a revised Federal CCF effective January 1, 2018. This newly required form mirrors the new drug testing changes.

To order new paper chains, you have the option to either call and place an order at our main number 479-649-8601 or email to drugtest@applicantinfo.com.

The overlap between using old paper forms and new forms can be avoided entirely by using electronic Custody and Control Forms (eCCF). We encourage you to switch to eCCF for both federal and non-federal drug testing today.  Applicant Information’s solution to drug testing can be found in our Pulse Tracking System that allows you to order electronically and maintain full visibility throughout the entire life-cycle of your drug test.

Implementing eCCF for Federal and non-Federal drug testing is easy to implement and has some clear benefits:

Have more questions about using eCCF? Take a look at our comprehensive list of resources available to help you  and avoid the hassles related to expired forms.